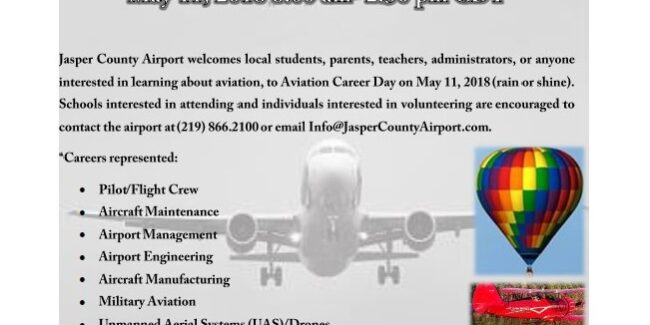 Jasper County Airport hosted the 2nd ever Aviation Career Day on May 11th, 2018. 1,000+ area students, teachers, administrators, parents and locals toured the airport, looked at various aviation static displays and STEM demonstrations, and were rotated through 6 different stations where they learned about various aviation careers. This free, open to the public aims to showcase various careers within government, military, private and commercial aviation.

A special thanks goes out to these aviation professionals that volunteered their services to make this amazing event happen: